Susan Lapriore Schultz was a member of the Delaware Valley High School, Class of 1979. She won four varsity letters and was a member of the prestigious 1978 State Champion Field Hockey Team. She was selected Outstanding Offensive Player and Most Valuable Player during her last two years. She won four varsity letters in softball, the Highest Batting Average Award all four years, and the Most Valuable Player Award her last two years.

Sue earned a Master's Degree in Physical Education from Cortland State College in New York. She continues her love of sports today as a physical education teacher and coach. 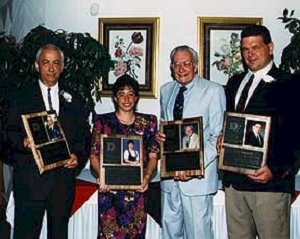