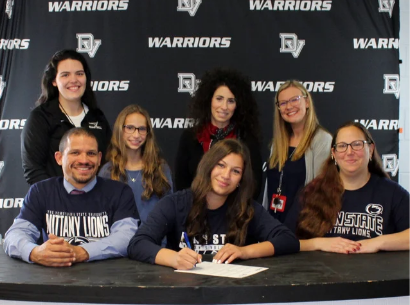 Jazmyne was a captain on the team during both her junior and senior seasons. For all four years, her team won Districts. She was named the team’s offensive player of the year and was selected as an all-region player.

At Penn State, Jazmyne plans to major in criminal justice.

She is the daughter of Evan and Melissa Bates of Milford.