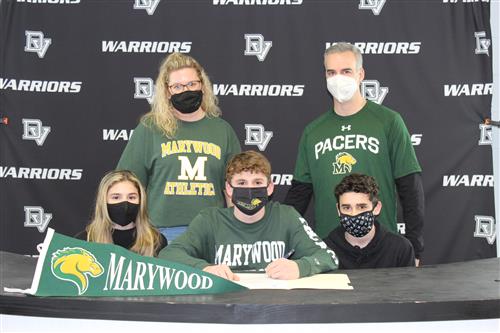 At DV, John is a member of both the cross country (captain) and track and field teams. He also played baseball and was a member of FBLA and the business and marketing CTE program.

He plans on majoring in early childhood education or marketing at Marywood.

John is the son of Nino and Robin Russo of Milford.